Main research themes within the Robotic Systems Research Group include:

Highlights of research outcomes and contributions

Robot mechanisms research is a fundamental study with strong science elements. My early work on reconfigurable mechanisms is a piece of fundamental research aimed at investigating the characteristics of reconfigurability of a class of novel mechanisms that can adapt to various tasks and environments. The pioneer study revealed underlying principles of metamorphosis and proposed mathematical modelling for the topological reconfiguration based on graph theory, screw algebra and line geometry. This led to an invention of the variable-axis (vA) joint and development of a class of reconfigurable mechanisms, including the 3-SvPS parallel mechanism that can be used as structure of reconfigurable robotic machine center with adaptability to changing task requirements.

The recent crossdisciplinary study on origami and kinematic structure opens new trends of research on foldable mechanisms and evolved flexible robots, especially on the design methodology and manufacturing process for constructing three-dimensional active structure from two-dimensional flat-sheet model. In contrast to the conventional mechanisms, the origami-inspired systems have distinct flexibility and foldability which are expected in real world applications. The emerging development of origami-inspired mechanical systems showed that knowledge on origami in artistic discipline is capable of being well applied in a wide range of areas in engineering such as architecture design and fabrication of smart robotic systems. The interdisciplinary study on both origami and kinematic structure presented an interesting approach for identifying new mechanical embodiment of intricate origami. My work in this area led to unique mathematical approaches for modelling kinematics and statics of various foldable structures in terms of screw theory by aggregating folding characteristics of individual crease. In particular, motion of panels and creases of origami-inspired structures were investigated by identifying the constraints of creases taken as compliant joints. This in-depth unravelling of principles and approaches for modelling origami structures resorting to mechanism theory in engineering discipline provides fundamental bases for the development of novel concepts and manufacturing techniques of origami-inspired systems. 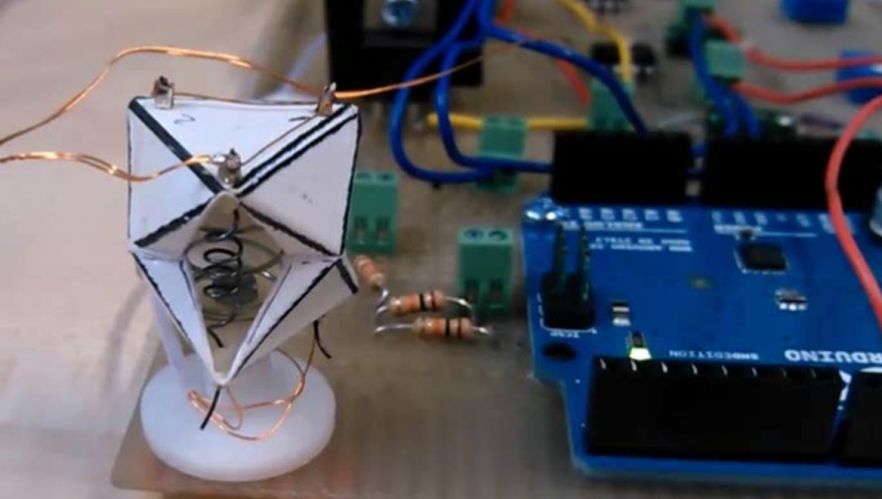 Among mobile robotic research field, legged locomotion is largely applied for advanced robotic systems due to the higher degree of versatility compared to wheeled robots, which allows them to successfully move and interact in unstructured environments.  Legged robots present several designing challenges, particularly leg mechanism design is very complex from a mechanical point of view and requires a study of all factors responsible for locomotion dynamics. Drawing inspiration from fast running animals, we developed  novel leg structures that can exploit the walking gait dynamics and achieve optimized balance between velocity, dexterity and energy efficiency.