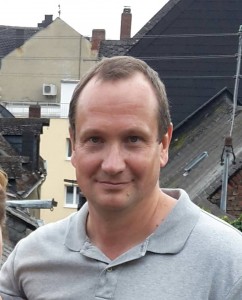 Prior to joining Queen Mary as a Senior Lecturer in 2012, Sergey was a Royal Society University Research Fellow in Cambridge University Engineering Department developing hybrid methods for computational aeroacoustics. In 2010, Sergey was awarded the Full Doctorate of Science (Habilitation Degree) from Keldysh Institute of Applied Mathematics Moscow for work on hybrid and direct models in computational aeroacoustics. He was a guest editor of the Royal Society Phil.Trans. A Theme Issues 'Multi-scale systems in fluids and soft matter: approaches, numerics and applications' in 2014 and 'Frontiers of aeroacoustics research: theory, computation and experiment' in 2019.
Over the years, his research has been supported by the leading UK industry as well as UK Research Councils and the Royal Society of London with attracting research funding of more than $4M.
In 2011-2014 he led the 3-year Flap Noise EPSRC project devoted to development of high-resolution computational methods for jet installation noise modelling. Since 2019, he leads development and application of Large Eddy Simulation (LES) tools based on Graphics Processing Cards (GPUs) for nozzle geometry optimisation in the framework of the JINA EPSRC project on jet-surface interaction noise. Since 2020, Sergey leads the effort on GPU LES development for propulsion and airframe noise modelling in two European projects, DJINN and ENODISE. In 2013 and 2018, his research on jet noise modelling with Ohio Aerospace Institute was supported by Aero Acoustic Research Consortium.
Since 2016, Sergey is a director of GPU-Prime.Ltd, a small computational engineering consultancy company specialising in high-performance computing that is based in Cambridge UK. His recreational activities include Korean (Cho Dan in Tang Soo Do) and Chinese martial arts.