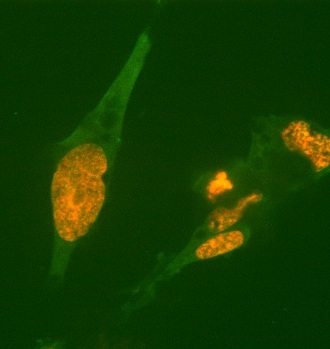 An important factor in the bioactivity and success of a bone graft substitute is the nature of the adsorbed protein layer which plays a vital role in orchestrating cell attachment and development through the presence of adhesion proteins such as fibronectin (Fn) and vitronectin (Vn)). In this study, microporous HA and silicate substituted hydroxyapatite (SA) discs with matched porosity and surface morphology were developed to mimic the topography found in commercial bone graft substitutes in order to identify whether the introduction of microporosity and associated surface roughness eliminated the beneficial effect that silicate substitution had on protein adsorption. The introduction of microporosity did not abolish the relative enrichment of the protein layer adsorbed to microporous SA discs as opposed to HA, but appeared to accelerate it. Fibronectin and Vn adsorption in a range of competitive environments at physiological temperature confirmed that microporous SA discs had a greater affinity for Fn and Vn compared with HA, suggesting differences in the mechanisms behind their surface affinity to SA. Thus, development of a surface protein layer on SA and HA is likely to be dependent on the nature of the local protein environment and a combination of factors associated with the addition of silicate; i.e., the surface charge, the nature of the ionic species at the interface and the surfaces resultant hydrophilicity.