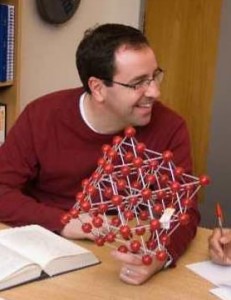 Deputy Head of School and Director of Strategy
Professor of Materials

James has been the Head of the Soft Matter Group at Queen Mary University of London since 1994. His research group is currently the largest such group in the UK with a team of 14 postdoctoral researchers and PhD students.

James was made a Fellow of the Royal Academy of Engineering in 2020 and a National Teaching Fellow in 2009. He has been recognised for his research by the award of the George Stafford Whitby Award (by the ACS, 2021) the Colwyn Medal (by the IOM3, 2009) and the Sparks-Thomas Award (by the ACS, 2010).

James has been in a leadership role of the IOM3 Elastomer Group for more than 25 years, with whom he has organised more than 80 discussion meetings and conferences of interest to the rubber community. He was the Chairman of European Conference on Constitutive Modelling of Rubber (ECCMR) in 2003, the International Rubber Conference (IRC) in 2019, RubberCon in 2014 and will be the Chairman of RubberCon 2023 in Edinburgh. He is the UK's International Rubber Conference Organisation national representative for the last decade. He is the associate editor of the Journals "Plastics, Rubber and Composites: Macromolecular Engineering" and "Rubber Chemistry and Technology" and has been on the leadership team of the IOM3 Polymers Group for more than two decades.

Before 1994, James designed suspension components for an automotive industry supply company, designing systems for companies such as Jaguar, Volvo and Mercedes.