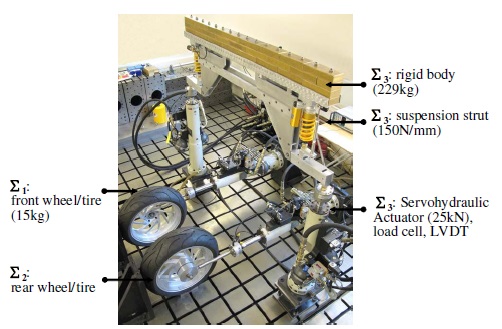 Dynamically substructured system (DSS) is a testing method used in the dynamics testing community. The uses of the DSS concept can be found in diverse areas such as civil engineering, robotics, automotive and aerospace. A DSS contains both physical components (called physical substructure) and numerical components (called numerical substructure), which are to be synchronized during a testing so that the DSS response can be as close as possible to that of the original emulated system. This feature of DSS makes it outperform the conventional pure physical or pure numerical testing, scaled size testing, and pseudo-dynamic testing. DSS is also distinguishable from the hardware-in-the-loop (HiL) method, which is used traditionally to test the performance of a controller, with a hardware interface to an embedded numerical plant. Note that some researchers also classify DSS into the HiL category, considering both contain numerical and physical components, although they have different engineering targets. The success of a DSS test relies on a high-fidelity controller used to synchronize the numerical substructure and physical substructure of a DSS. Our research on DSS is in two folds. On the one hand, we develop theoretical basis for DSS, for instance, the generic and convenient DSS frameworks for ease of DSS establishment, and the DSS validation methods. On the other hand, we also exploit new promising applications of DSS in different areas.