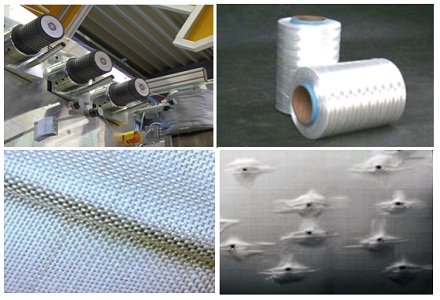 High performance fibres are used increasingly for a wide range of applications including protective clothing, geotextiles for construction and civil engineering as well as specialist fibres for advanced composites. Since the first scientific routes for the synthesis of high molar mass polymers were discovered in the 1930s, polymer scientists have attempted to improve the mechanical properties by orienting the chain molecules. Nowadays two main routes exist for the preparation of high performance polymer fibres. These routes are distinctly different with one being based on flexible macromolecules whereas the other route is based on rigid rod macromolecules. In the case of flexible chain polymers, such as polyethylene, solid-state drawing is used to obtain the necessary level of chain extension needed to exploit the intrinsic properties of the polymer chain. In the case of rigid rod polymers, chain extension is already build in by the chemist and alignment in the extended chain configuration is achieved during fibre spinning.

We have a track record in processing of high-performance polymer fibres based on a wide range of polymers incl. polyolefins and polyesters. The group has facilities for spinning or extrusion of mono- and multi-filament yarns as well as tapes. These tapes or fibres can be woven into fabrics using lab-scale weaving facilities and can be converted into composite laminates using a range of composite processing facilities. Applications of these high-strength fibres are in composites, textiles or anti-ballistics.

A relatively new topic is in electrospun or rotorspun nanofibres for applications such as high performance filters and composites. The development of highly oriented polymer nanofibres is a challenge since traditional post-drawing processes are not feasible due to their very small diameter and complicated jet path. We are currently investigating various routes to create polymer nanofibres with high mechanical properties.