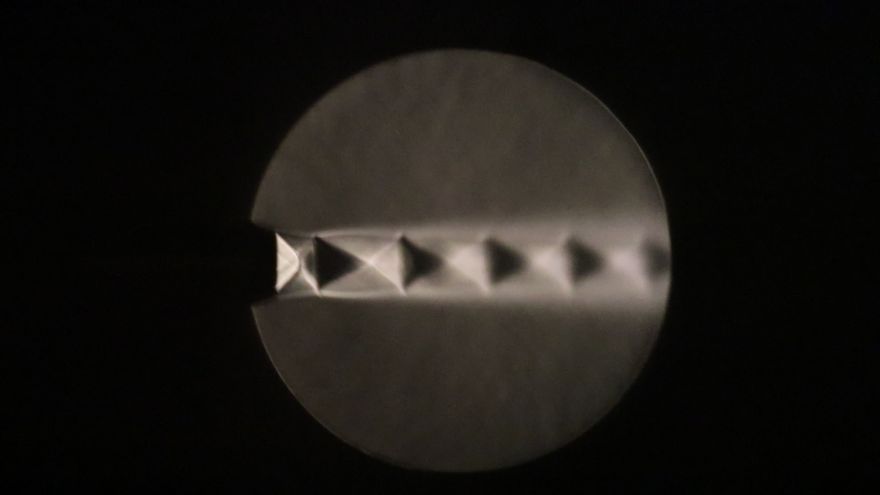 Understanding how turbulence in a free jet generates sound is a fascinating and important engineering problem. Important because “jet noise” is a major component of aircraft noise; fascinating because what we see as the turbulent jet flow and as the produced sound involve movement of the same fluid and thus, separation of the components inside the jet is somewhat of a philosophical problem: as they are superimposed to each other and described by the same equations, it is necessary to choose, based on reasoning, which part of the flow field is to be regarded as generating the sound and which part refers to its propagation, a choice that, while somewhat arbitrary, has important effects when approximations are introduced. Nowadays, there are some models which are able to predict, using flow simulations or measurements and aeroacoustic theory, the average sound field properties (at a distant observer) that can be measured with one microphone. However, while these models assume, each, a different set of hypothesis, they are unable to match the acoustic data measured simultaneously with 2 microphones. These data contain information of the features of simultaneous emissions in different directions, which can be related to turbulence properties. The aim of this research is to improve existing models so that they can satisfy both types of measurements, describing better the physics. By doing this, it is expected to identify which of the hypothesis considered in the different models are meaningful, which are not and to gain insight into the structure of turbulence.