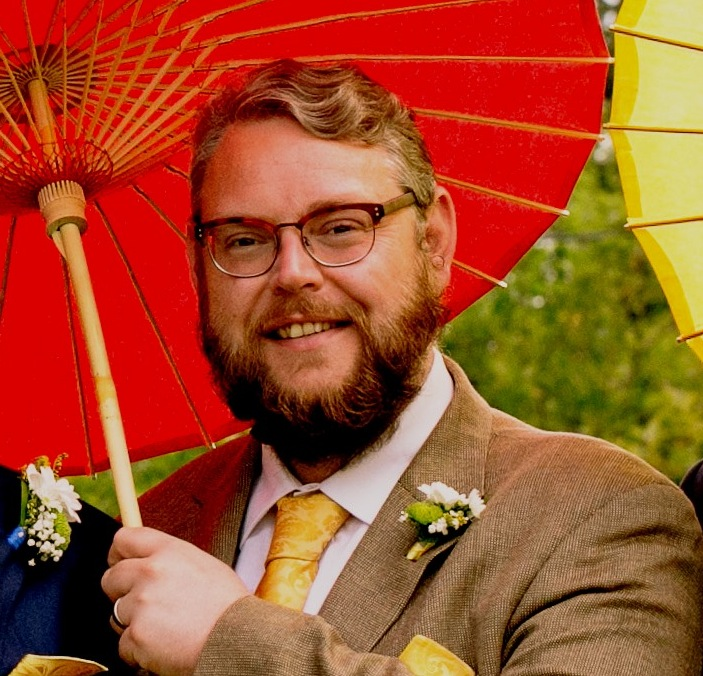 Reflections on a Colleague

Dr Russell Binions joined the Queen Mary Materials family in 2011 when as a 32-year-old he applied for a lecturing position in Materials Engineering. As is the convention, he was asked to present a short talk to an assembled group of colleagues on his research interests along with several other candidates who had been shortlisted for interview. Russell performed a tour de force, his confidence and enthusiasm belied his youth and all who were present went away wondering why they had not previously realised that functional thin films for window coatings was the solution to all the world’s energy problems.

Russell was an immensely talented academic, Google Scholar already records 137 papers whilst being just 12 years on from his PhD. His H index (a crude measure of how citable your research work has been) is exceptional at 28. Russell was quickly promoted to Senior Lecturer and was destined to continue inexorably on this upward trajectory. His research group, “Team Binions”, was very distinctive in the way that it embedded and developed its members. New researchers arriving for the first time in the UK were greeted at the airport. Some were taken to his home to stay until they had settled into life in London. The team enjoyed going to the pub together or round for dinner or BBQs and Russell’s office was often the site of an impromptu celebration. The ethos this engendered created a hugely productive group and an impressive list of research achievements.

Russell was known for his strong opinions on all matters and had a peculiar quirk of finding a counter argument to even the most seemingly innocuous policy change. On one occasion, he articulated an argument both for and against a change to the recruitment strategy, possibly just for the intellectual challenge. By the end of such discussions many had found a new perspective and if not they had at least found the experience enjoyable and quite often amusing.

The students universally liked Russell not just because he taught in an engaging and entertaining manner but also because it was obvious that he cared both about their education and about them as individuals. It was for this reason that Russell was appointed deputy director of the Materials Division with responsibility for student education in 2016.

Russell had a love for a great many things and shared his passions widely. Colleagues were regaled about diverse subjects such as the Ice Hockey team based in Streatham (where #17 Joe Johnston was sponsored by Team Binions) or who was likely to make the play offs each year for the Superbowl. If sport was not your interest then how about obscure rock bands or the vagaries of specific types of electric guitar. Glimpses of these consuming passions were gleaned from the garish clothing, the décor of his office and the live performances at QMUL charity gigs playing the guitar. A recent band was called “The Dreams of Ridiculous Men” which seems particularly apposite for Russell.

Before his time at QMUL Russell had studied for an MSci in Chemistry from the college of St Hild and St Bede at the University of Durham. His PhD was completed in 2005 under the supervision of Ivan Parkin and Claire Carmalt at UCL on the topic of "Chemical Vapour Deposition of Main Group Metal Oxides and Phosphides". He followed his PhD by working in industry briefly for the Norville Optical Group before returning to academia at UCL to undertake post-doctoral roles on thermo-chromic window coatings and zeolite modified gas sensors. His career really took off in 2008 with the award of the hugely prestigious Royal Society Dorothy Hodgkin Fellowship.

Russell died tragically at just 38 from oesophageal cancer. He was much loved not just by his immediate family and those in “Team Binions” but also by a very wide circle of friends and colleagues. As Olga, Russell’s wife has poignantly stated, “There is a large Binions-shaped hole in the world now. We miss you and cherish your memory.”