Dr. M Hasan Shaheed has been awarded a National Teaching Fellowship (NTF) - the most prestigious award for excellence in Higher Education teaching and student learning support. Widely recognised in the UK and internationally, the award celebrates individuals who have made an exemplary impact on student learning and promoted excellence in teaching. Detailed news is available here:
www.sems.qmul.ac.uk/news/4648/sems-academic-awarded-prestigious-national-teaching-fellowship
www.heacademy.ac.uk/about/news/hea-announces-national-teaching-fellowship-scheme-awards-and-collaborative-award-1
www.heacademy.ac.uk/national-teaching-fellows-2017?page=2
www.qmul.ac.uk/media/news/items/199683.html

Dr Hasan Shaheed received his National Teaching Fellowship Award, 2017 on 1st November at the Higher Education Academy’s annual awards ceremony for the 2017 National Teaching Fellowships (NTFs) and 2017 Collaborative Awards for Teaching Excellence (CATE). The event was held at the Church House Westminster, London. Hasan was presented with a certificate from Professor Rama Thirunamachandran, Chair of the Higher Education Academy Board and Vice-Chancellor of Canterbury Christ Church University. 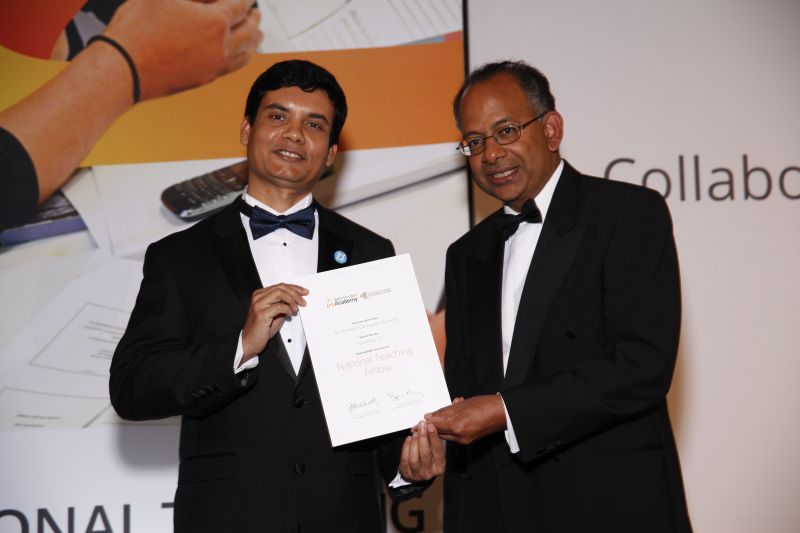 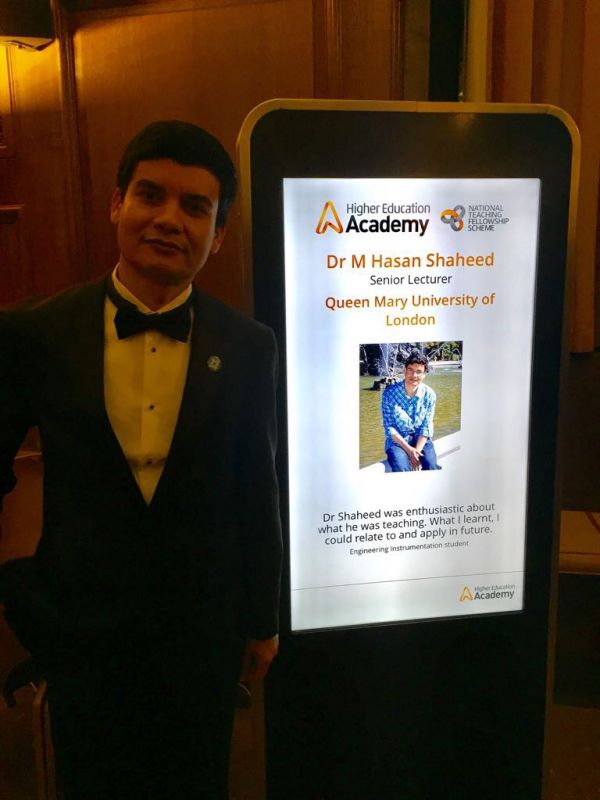 2.  Dr Hasan Shaheed and team win at the Engagement and Enterprise Awards 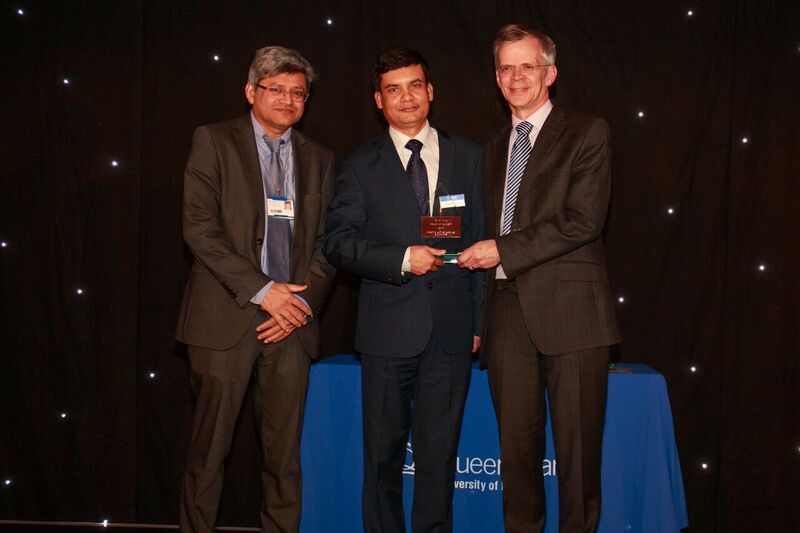 Dr Shaheed's team have won the Proof of Concept award at the Engagement and Enterprise Awards.This award is for the proof of concept project which has achieved one or a number of milestones that could lead to a significant commercial or non-commercial enterprise in the future. The team won for Locomotion System for a Robotic Active Capsule Endoscope they have been working on since 2012. The pill-shaped mini-cameras called ‘capsule endoscopes’ (CE) that the patients swallow to allow the inside of their intestines to be examined by the doctors have revolutionised the landscape of gastrointestinal (GI) investigation.The QMUL team in a joint collaboration co-led by Dr Shaheed, a robotics scientist from SEMS and Dr Mo Thaha, a bowel cancer surgeon from SMD, Blizard institute has developed the first prototype of a novel locomotion system for a CE. The prototype system when steered through a phantom colon, achieved speeds faster than existing CE, could be steered and controlled from the outside.

3. Success for students at the Industrial Liaison Forum 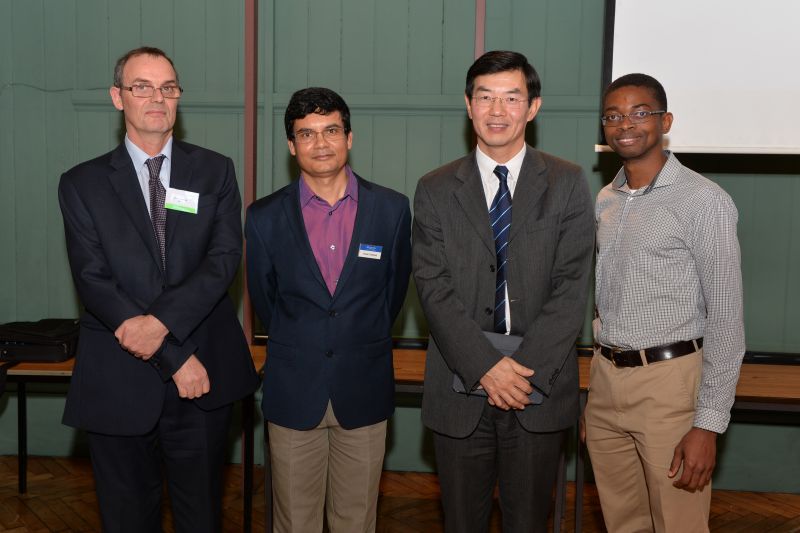 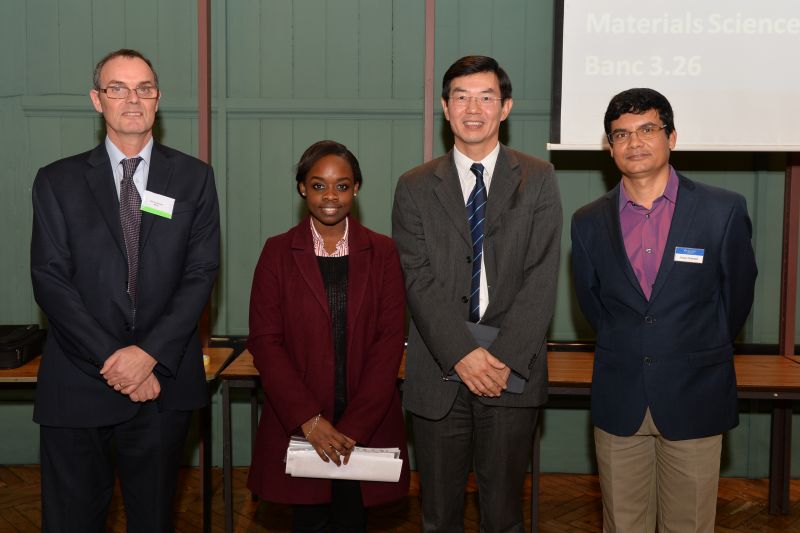 Dr M. Hasan Shaheed’s Research Group won TWO of the three Best Poster Prizes at the recent Industrial Liaison Forum. First Ms Ololade Opemipo Obadina was recognised for her research on a master-slave robotic system for medical applications and then Mr Stephen Adira Agha was given an award for his research on an intelligent semi-autonomous solar-powered helicopter. Congratulations to both students and to Dr. Shaheed.