Researchers use magnetism to keep drugs at disease sites 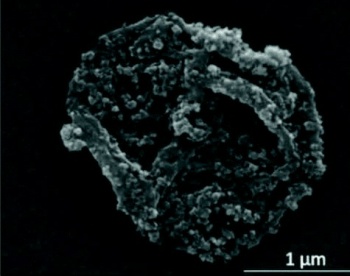 They also found that magnetism restricted the movement of cells containing these drug capsules. This suggests that even if immune cells captured, or engulfed, the drug carriers, they would be unable to remove them from the body.

Dr David Gould a Senior Researcher at Queen Mary, said: “We know that targeting drug delivery vehicles to particular disease sites can improve their effectiveness, but often they will be removed from the body via the lymphatics or by immune cells, which engulf small drug vehicles, like they would invading bacteria.

“In this study we’ve shown in an in vitro system that applying magnetism to ‘magnetically responsive’ small drug delivery vehicles can help to retain them at the delivery site, presenting a new approach to localised drug delivery. Interestingly, we also saw that even if cells, engulfed the vehicles, these cells were unable to then move out of the magnetic field so the drugs still remained at the site they were needed.”

To make the drug delivery vehicles responsive to magnetism,  tiny nanoparticles of iron, known as SPIONS, were incorporated into the structure of the carrier during its assembly by a method devised by Professor Gleb Sukhorukov from the School of Engineering and Materials Science at Queen Mary.

Previous studies have suggested that SPIONS can sometimes result in the production of harmful substances, known as reactive oxygen species (ROS), which are toxic to cells.

However, the postdoctoral researcher working on the project, Dr Jordan Read, found that ROS were not produced following the delivery of their ‘magnetically responsive’ drug carriers to cells, suggesting they are safe to use within the body.

Being able to administer treatments locally, at the site of a disease can increase the effectiveness of drugs, whilst reducing side effects that result from the drug being released elsewhere in the body.

In this study, the researchers showed that this magnetic retention technique could successfully deliver the potent anti-inflammatory drug, dexamethasone, at a specific location.

Dr Gould said: “For conditions like Rheumatoid Arthritis, we know the beneficial effects of treatments come from their effects within the joint, so by developing methods that are able to keep drugs within the joint, we hope to deliver longer-lasting effects, reduce side effects and ultimately, improve treatment outcomes.

“This study shows that we’re able to use this novel drug delivery system to keep a potent anti-inflammatory drug, at the site it is needed, but we expect this system could be applicable to many other drugs.”

The study is part of ongoing interdisciplinary research collaboration between Dr Gould at the William Harvey Research Institute, and Professor Sukhorukov in the School of Engineering and Materials Science at Queen Mary, and was funded by Versus Arthritis.