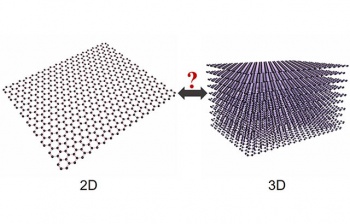 Graphene is actually a 3D material as well as a 2D material, according to a new study from Queen Mary University of London.