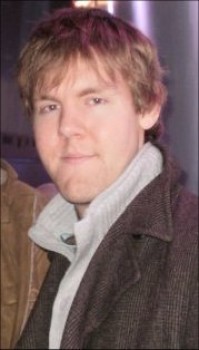 Lewis Tunnicliffe
The school is delighted to announce that Lewis Tunnicliffe has won the James S Walker Award of the Institute of Materials Minerals and Mining. The award is presented annually to the best student project on the subject of polymers. Lewis has received the award for his MRes thesis entitled, “Investigations into the microstructure of silica filled rubber.” Lewis is continuing this work at PhD level in the Rubber Group as a CASE funded PhD student supported by Sibelco UK. James Busfield, who is Lewis’ supervisor says, “Lewis did an excellent project last year, and his award means that QM has now won all the polymer prizes from the IOM3 in the last year, with Ton Peijs collecting the Swinburne medal for his work on polymers and Han Zhang winning the RH Craven Award for being the best polymer student.”