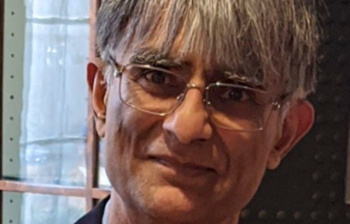 He is a hugely respected figure in his field, with decades of high-level experience. He notably worked with British Steel to develop a product used for rails in the Channel Tunnel, and with the Ministry of Defence on an armour steel.

Sir Harry’s wealth of experience has been recognised through receiving a Knight Bachelor title in the 2015 Queen’s Birthday Honours, along with several award wins. He was awarded the Bessemer Gold Medal by the Institute of Materials, Minerals and Mining for "outstanding services to the Steel Industry", and in 1997 the Royal Society Armourers and Brasiers’ Company Award “in recognition of outstanding work in the field of solid-state phase transformations in steels.”

He has also published around 700 research papers related to metallurgy and six books, co-authoring a further seven. In addition, he developed the world’s largest freely accessible teaching resources on metallurgy.

Professor Sir Harry Bhadeshia said: “I am delighted to join this flourishing community of scholars and very much look forward to making a small contribution towards its goals in the creation and dissemination of knowledge.”

Professor Wen Wang, Vice-Principal and Executive Dean (Science and Engineering) at Queen Mary University of London said: “I am delighted that Harry will be taking up this role with us. He is a hugely respected member of the scientific community and gaining a researcher of his calibre demonstrates both the Faculty’s ambition and academic strength.

“His arrival will no doubt inject new energy into the Science and Engineering faculty and inspire both staff and students. I look forward to working closely with him.”