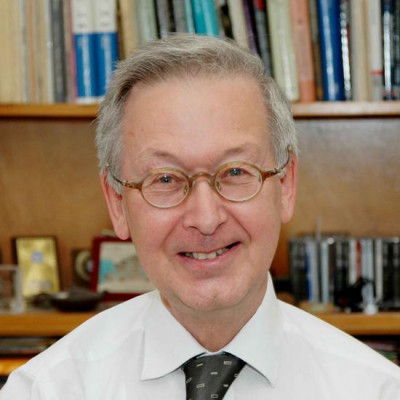 Prof Sir Colin Humphreys, Professor of Materials Science, has been awarded the Queen's Medal of the Royal Society. Each year three medals are awarded for the most important contributions to the advancement of "Natural Knowledge” in the physical and biological sciences and for distinguished contributions in the applied sciences.

Professor Humphreys was recognised for excelling in basic and applied science, university-industry collaboration, technology development and transfer, academic leadership, promotion of public understanding of science, and advising on science to public bodies.

Royal Medals are awarded on behalf of the Queen each year and have been issued annually since their creation by George IV in 1825. Sir Colin joins numerous renowned previous winners, including Sir Francis Crick, Paul Dirac, Humphry Davy, James Joule and Dorothy Hodgkin.

Commenting on the news, Sir Colin Humphreys said: “I’m delighted, surprised and very honoured to be awarded the Royal Medal of the Royal Society. I am humbled at seeing previous recipients, such as Michael Faraday, Charles Darwin and Tim Berners-Lee. I have been fortunate in having wonderful colleagues, post-docs and students who have contributed hugely to my research in advanced materials. It is a pleasure to be a member of the vibrant School of Engineering and Materials Science at Queen Mary.”

This year was particularly successful for QMUL as a second Queen's Medal was also awarded to Professor Michael Green, Professor of Theoretical Physics.