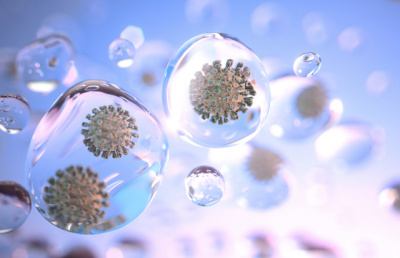 The project, involving researchers from Queen Mary, the Indian Institute of Technology Madras, Vellore Institute of Technology (VIT), Chennai and pioneering Delhi-based startup, Magneto Cleantech, will create revolutionary, air filtration technologies that use Ultraviolet C (UVC), a type of radiation known to be very effective at ‘killing’, or inactivating, microorganisms. Associated guidelines will also be developed as part of the air disinfection strategy.

The testing and implementation of the systems will be conducted using real-time applications in various Indian environments, and its eventual deployment will focus on India and its adjacent countries.

The Covid-19 pandemic has claimed more than 400,000 lives in India alone and tuberculosis (TB) is among the top 10 causes of death worldwide. It is hoped that the innovative system will effectively eliminate viruses and other airborne pathogens from indoor spaces, such as offices and hospitals, and could benefit nearly 100 million people in the Indian sub-continent and beyond.

An international team of experts

The UK team involved in the project is led by Queen Mary’s Dr Eldad Avital, and supported by Professor Clive Beggs, Emeritus Professor at Leeds Beckett University, as the project consultant. The Academic partners in India are Professor Abdus Samad from IIT Madras and Professor Nithya Venkatesan, from VIT, Chennai. Professor Abdus Samad will lead the team for the whole system design and overall coordination. Professor Nithya Venkatesan will focus on electrical components and IoT design.

Professor Clive Beggs, consultant to the project and expert in infection control and airborne infection, said: “Viruses and bacteria can easily be liberated into the air within room spaces, and if their concentration is allowed to build up then this can pose a threat to humans because the pathogens can be inhaled. Our air disinfection strategy has the potential to reduce the concentration of pathogens in room air and thus reduce the spread of diseases such as Covid-19 and TB.”

Dr. Eldad Avital, Reader in Computational (& Experimental) Fluids and Acoustics at Queen Mary, said: “Designing any practical system needs a multidisciplinary team. This project involves experts in electronic and electrical system design, microbiologists and fluid system designers. SARS-Cov-2 spreads quickly and new variants are evolving as we have seen delta and other variants. We need to proceed to the right technology and guidelines to contain and disinfect it. Our solution will work, in general, for air disinfection for indoor conditions”.

This project has major funding from Royal Academy Engineering, UK, under the ‘Transforming System through Partnership’ scheme. Partial funding support is also made by the participating organizations.