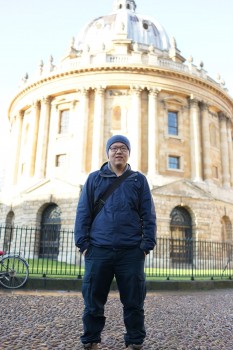 SEMS Alumnus Wei He
Wei He, who studied his PhD at SEMS, has been granted the 2016 Chinese Government Award for Outstanding Self-financed Students Abroad by the China Scholarship Council. Wei He graduated in 2015 and was supervised by Dr Hasan Shaheed.

This award started in 2003 and was founded by the Chinese government with the purpose of rewarding the academic excellence of self-financed Chinese students studying overseas.

This is an excellent achievement as only those with an outstanding performance in their PhD studies are considered by the award selection panel. No more than 500 awards are granted each year and applications are drawn from all over the world.