QMUL climbs to 34th in the Guardian University Guide 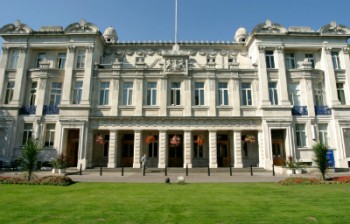 Queen Mary University of London has been ranked the 34th best university in the UK by The Guardian University Guide 2017.

QMUL has climbed four places since last year’s Guide was published, with the ratings for course, teaching and feedback satisfaction all up and graduate prospects also up.

The School of Languages, Linguistics and Film had significant success, with the university ranked first in the Media and Film Studies subject area.

The School of Medicine and Dentistry also performed particularly well this year: the university was ranked second for Medicine and third for Dentistry.

The School of Law also fared well and placed fifth for Law while History was ninth.

Elsewhere the School of Politics and International Relations broke into the top 20 for Politics for the first time as it placed 16th.

The Guardian explains that “eight statistical measures are employed to approximate a university’s performance in teaching each subject. Measures relate to both input – for example, expenditure by the university on its students – and output – for example, the probability of a graduate finding a graduate-level job. The measures are knitted together to get a Guardian score, against which institutions are ranked.”