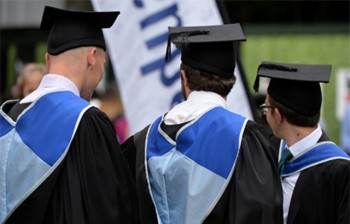 One of the leading university guides has found that graduates from QMUL have one of the top average starting salaries of anyone in the UK.

The annual Times and Sunday Times University League Table places QMUL tenth in the UK for graduate starting salaries. Those graduating from QMUL in 2014 earned around £24,000 a year in their first job out of university.

The Higher Education Statistics Agency’s Destinations of Leavers from Higher Education survey had earlier found that nearly 92% of those graduating their first undergraduate degree at QMUL were employed or in further study within six months of leaving.