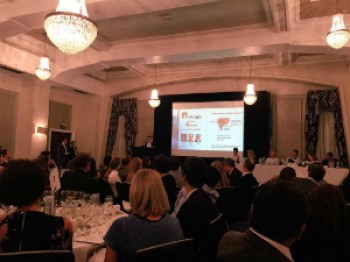 A former Materials student from SEMS, Nawar Al-Zebari, now PhD student at Cambridge University, and his team were amongst the 10 finalists of the OneStart 2015 competition, held on 14th May in London.

This year, this competition gathered over 300 projects for the EU area only. Al-Zebari's team presented a project based on his MEng project at QMUL, directed by Dr Julien Gautrot and Prof. Martin Knight. The event was a great networking opportunity to find support for the continuation of the project.