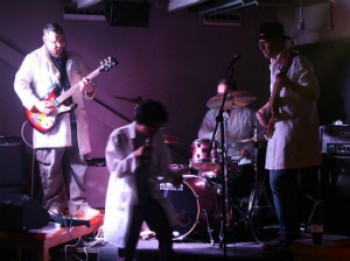 We are Actually Scientists live on stage 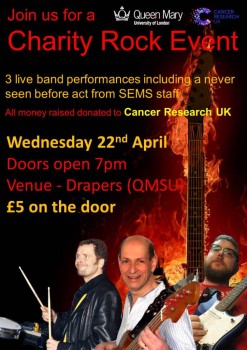 The promotional material was most definitely rock orientated!
Well done to all of the performers who took part in SEMS's Rock Concert on Wednesday 22nd April in Drapers Bar.

A great time was had by all of the staff and students in attendance. The money raised on the night will go to Cancer Research UK.

Missed the gig? Worry not! Donations can be made at the SEMS front desk.