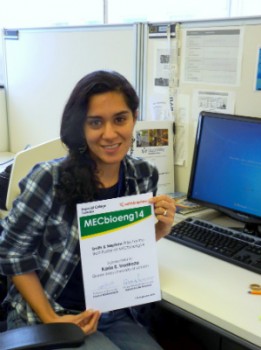 Her poster, entitled “Co-assembly, spatio-temporal control, and morphogenesis of a peptide/protein system” was selected to be the winner out of 155 research posters presented at the conference.

The award was given by Rt Hon George Freeman MP, Minister for Life Sciences.