SEMS' degree programmes are the best in London! 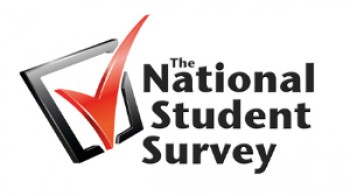 Aerospace Engineering, Materials and Mechanical Engineering at Queen Mary University of London are ranked in the top five in London for student satisfaction, according to the latest results of a nationwide poll of final-year undergraduates.

The 2014 National Student Survey (NSS) questioned UK undergraduates on various aspects of their student experience, including their overall satisfaction.

Professor David Lee, Head of the School of Engineering and Materials Science at QMUL, welcomed the results by saying “I am delighted that SEMS programmes have received very high satisfaction rates from students in the National Students Survey again this year. Particular highlights are our Materials and Aerospace Engineering programmes that were ranked not only 3rd and 5th in the UK, with both ranked top in London. Materials was also ranked top for student satisfaction within the elite Russell Group of Universities. This is a result of the hard work by all those involved in delivering and developing teaching in SEMS.”

Also, more students than ever were satisfied with QMUL’s Students’ Union, which increased three per cent since 2013 to 71 per cent against the national average of 67 per cent.

The Students’ Union provide sports clubs with access to world-class facilities at the Queen Elizabeth Park, societies for all interests, student media and volunteering opportunities, and they represent the student voice and support individual needs.