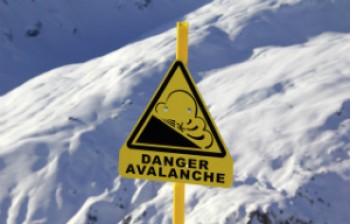 The amount of snow needed to trigger an avalanche in the Himalayans can be up to four times smaller than in the Alps, according to a new model from a materials scientist at Queen Mary University of London.

The proposed universal model could have implications in better understanding strategies for mitigating natural hazards related to snow and rock avalanches and safeguarding people on mountain villages, roads and ski resorts.

By using a branch of mechanics that aims to understand how cracks spread in solid structures, Professor Nicola Pugno from Queen Mary’s School of Engineering and Materials Science demonstrated that the snow needed to trigger an avalanche at 8,000m can be up to four times smaller than at half the height of 4,000m.

The Himalayans mountain range in Asia is home to some of the highest peaks in the world.

Professor Pugno said: “The research demonstrates that an avalanche on the Himalayas could be more dangerous than on the Alps, for instance, due to the larger size scales of the first mountains.

“Climbers need to understand that experience on one mountain range doesn’t directly translate to another with higher peaks.”

The study is published in International Journal of Fracture.