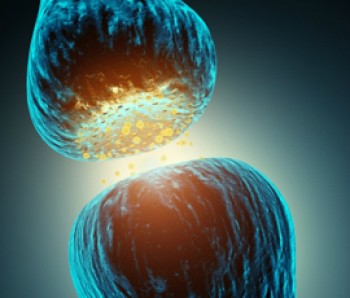 Synapses allow neurons to communicate with other cells through the transfer of either chemical or electrical signals.
A new technique that allows scientists to measure the electrical activity in the communication junctions of the nervous systems has been developed by a researcher at Queen Mary University of London.

The junctions in the central nervous systems that enable the information to flow between neurons, known as synapses, are around 100 times smaller than the width of a human hair (one micrometer and less) and as such are difficult to target let alone measure.

By applying a high-resolution scanning probe microscopy that allows three-dimensional visualisation of the structures, the team were able to measure and record the flow of current in small synaptic terminals for the first time.

“We replaced the conventional low-resolution optical system with a high-resolution microscope based on a nanopipette,” said Dr Pavel Novak, a bioengineering specialist from Queen Mary’s School of Engineering and Materials Science.

“The nanopipette hovers above the surface of the sample and scans the structure to reveal its three-dimensional topography. The same nanopipette then attaches to the surface at selected locations on the structure to record electrical activity. By repeating the same procedure for different locations of the neuronal network we can obtain a three-dimensional map of its electrical properties and activity.”

The research, published today (Wednesday 18 September) in Neuron, opens a new window into the neuronal activity at nanometre scale, and may contribute to the wider effort of understanding the function of the brain represented by the Brain Activity Map Project (BRAIN initiative), which aims to map the function of each individual neuron in the human brain.

By Neha Okhandiar, Public Relations Manager (n.okhandiar@qmul.ac.uk)
This news has appeared in publications such as Design Products and Applications, Science World Report and The Engineer. 'Nanoscale targeted patch clamp recordings of functional presynaptic ion channel' was published in the journal Neuron on Wednesday 18 September 2013.