Dr. Fariborz Motallebi appears on BBC's The One Show talking about the effect of the latest volcanic ash cloud on plane engines. 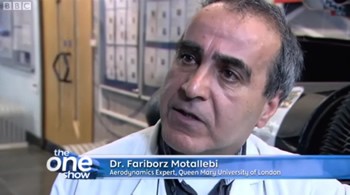