A Statistical Mechanics Approach to Evolution - are there Ergodic Dynamics in Genotype Space? 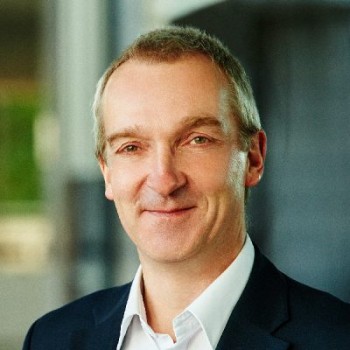 (NOTE: Please reserve a ticket at the link below - to make sure we can accommodate everyone)
https://www.eventbrite.co.uk/e/statistical-mechanics-evo…

Abstract: A Statistical Mechanics Approach to Evolution - are there Ergodic Dynamics in Genotype Space?

There is a fruitful and developing programme within the ‘Physics of Life’ exploring analogies between evolution and the statistical mechanics of complex matter [1,2]. Both treat exponentially large spaces of configurations (possible genomes/possible microstates) which are explored by random dynamics (random mutation/thermal motion). Both admit maximisation/minimisation criteria (fitness/free-energy) – the dynamics optimise something. There are even evolutionary analogies of temperature (inverse population size) [3] and free energy (“free fitness”) [4].

Beneath the notion of thermodynamic equilibrium is the assumption of ‘ergodicity’ - the exploration of configuration space in a representative way, with an induced characteristic timescale to attain equilibrium. ‘Ergodic times’ are typically much less than the exponentially long times required for a complete search. For example, for a polymer of N subunits, the timescale for equilibration increases as N2 rather than the zN of a complete search. The strong dependence of these timescales on system size means that, even if a large system is not in equilibrium, some of its subsystems may be. We consider an illustrative example of the insect compound eye, which also carries the advantage that its optimum (in acuteness of vision) relies on physics and can be calculated [5].

The ergodic exploration of systems and subsystems within evolution generates a discussion of timescales for representative exploration of genotypic spaces. This in turn suggests a strong connection to the phenomenon of convergent evolution, and the conjecture that this might be expected in subsystems whose fitness is optimised by well-defined phenotypical constraints, and whose ergodic time is less than the relevant evolutionary time.

NOTE: in the evening at 6pm, Prof. McLeish will also give a Public Lecture on Interactions of Art and Science. Details and reservations: https://www.eventbrite.co.uk/e/91348687383

Bio: Tom McLeish, FRS, is Professor of Natural Philosophy in the Department of Physics and also in the Centre for Medieval Studies and the Humanities Research Centre at the University of York, England.

His research in ‘soft matter and biological physics,’ draws on collaboration with chemists, engineers, and biologists to study relationships between molecular structure and emergent material properties, and was recognised by awards in the USA and Europe.

Tom held previous academic posts at the Universities of Cambridge, Sheffield, Leeds and Durham, where he was Pro-Vice-Chancellor for Research (2008-2014). He is currently on the Council of the Royal Society, and is a trustee of the John Templeton Foundation.