High-fidelity Multidisciplinary Design Optimization for the Next Generation of Aircraft 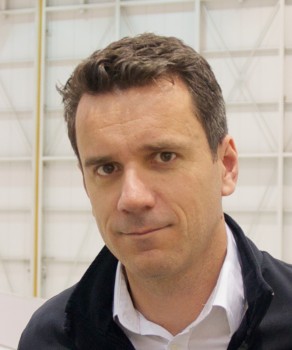 Abstract:
Wing shape is a crucial aircraft component that has a large impact performance. Wing design optimization has been an active area of research for several decades, but achieving practical designs has been a challenge. One of the main challenges is the wing flexibility, which requires the consideration of both aerodynamics and structures. To address this, we proposed the simultaneous optimization of the outer mold line of a wing and its structural sizing. The solution of such design optimization problems is made possible by a framework for high-fidelity aerostructural optimization that uses state-of-the-art numerical methods. This framework combines a three-dimensional CFD solver, a finite-element structural model of the wingbox, a geometry modeler, and a gradient-based optimizer. This framework computes the flying shape of a wing and is able to optimize aircraft configurations with respect to hundreds of aerodynamic shape and internal structural sizes. The theoretical developments include coupled-adjoint sensitivity analysis, and an automatic differentiation adjoint approach. The algorithms resulting from these developments are all implemented to take advantage of massively parallel computers. Applications to the optimization of aircraft configurations demonstrate the effectiveness of these approaches in designing aircraft wings for minimum fuel burn. The results show optimal tradeoffs with respect to wing span and sweep, which was previously not possible with high-fidelity models.

Joaquim R. R. A. Martins is a Professor at the University of Michigan, where he heads the Multidisciplinary Design Optimization Laboratory (MDO Lab) in the Department of Aerospace Engineering. He is a Fellow of the Royal Aeronautical Society. His research involves the development and application of MDO methodologies to the design of aircraft configurations, with a focus on high-fidelity simulations that take advantage of high-performance parallel computing. Before joining the University of Michigan faculty in September 2009, he was an Associate Professor at the University of Toronto Institute for Aerospace Studies, where from 2002 he held a Tier II Canada Research Chair in Multidisciplinary Optimization. Prof. Martins received his undergraduate degree in Aeronautical Engineering from Imperial College, London, with a British Aerospace Award. He obtained both his M.Sc. and Ph.D. degrees from Stanford University, where he was awarded the Ballhaus prize for best thesis in the Department of Aeronautics and Astronautics. He has been a keynote speaker at several conferences including the International Forum on Aeroelasticity and Structural Dynamics (2007), the Aircraft Structural Design Conference (2010), the SIAM Conference on Optimization (2014), the EUROGEN Conference (2017), and the AIAA Aviation Forum (2018). He has received the Best Paper Award in the AIAA Multidisciplinary Analysis and Optimization Conference four times (2002, 2006, 2012, and 2014). He was a member of the AIAA MDO Technical Committee (2006–2018.) and was the technical co-chair for the 2008 AIAA Multidisciplinary Analysis and Optimization Conference. He has served as Associate Editor for the AIAA Journal, and Optimization and Engineering. He is currently an Associate Editor for the Journal of Aircraft, and Structural and Multidisciplinary Optimization.