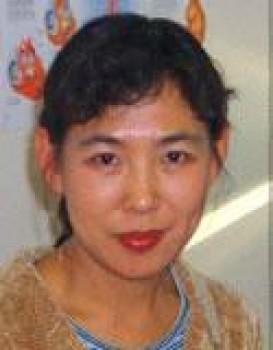 This talk will address two different research topics: (1) our recent work on the analysis of flow in normal and diseased aortas, and (2) a multi-physics model of drug transport in solid tumours. In the first part, examples of patient-specific models of type B aortic dissection will be presented1,2. The second part of the talk will be focused on description of a new mathematical model that couples drug transport in tumour interstitium and cellular responses through apoptosis signalling (3,4). Our most recent work on computational modelling of thermosensitive liposomal delivery of anticancer drugs5 activated by high intensity focused ultrasound will also be discussed.

Prof. Xiao Yun Xu is a Professor of Biofluid Mechanics and Director of Postgraduate Studies in the Department of Chemical Engineering at Imperial College London. She joined the Department of Chemical Engineering at Imperial College in 1998 as a Lecturer, and was promoted to full Professor in 2009. She received her BSc and MSc degrees in Thermo-Fluids Engineering from Dalian University of Technology in China, and her PhD (1992) in Mechanical Engineering from the City University, London. Her research interests include biomedical engineering and bioprocessing, with a special focus on transport processes in biological and physiological systems. She led a group who did most of the pioneering work on the development of image-based computational models for blood flow in large arteries, and the first magnetic resonance image-based carotid artery fluid-wall coupled model developed by her group was reported by various media, including BBC online news and Science (“How the Blood Flows”, Science, Vol. 290, November 2000). Over the last 15 years, her group has expanded rapidly and examples of her current research include: image-based analysis of cardiovascular fluid mechanics and mass transport, multi-scale modelling of drug delivery to solid tumour, nanoparticle-mediated drug delivery in cancer and thrombolytic therapies, rheological behaviour of biomass suspensions and solid-liquid mixing in bioreactors for the production of fuels from energy crops. She has co-authored 102 articles in peer-reviewed journals, and supervised 36 PhD students. In 2009, she received the Imperial College Rector’s Award for Excellence in Research Supervision for her exceptional contributions in providing a supportive learning environment for postgraduate research students.